The waves are the means by which energy moves, in Figure 3 can be seen a brief description of the different types of sea waves and their ability to transport energy. 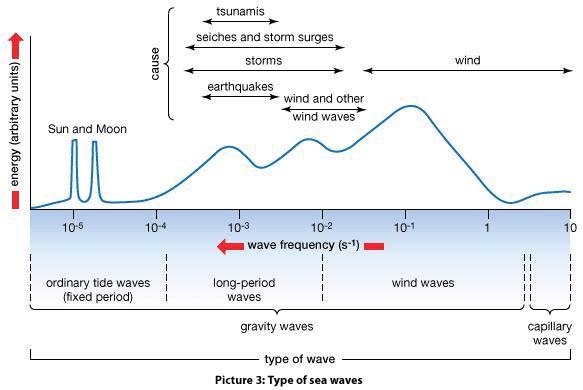 As seen in Figure 3 the waves caused by the wind are of higher energy content and hence are those destined to obtain this energy.

Reasons of their formation

Duration of a wave

Considering the corpuscular characteristics of the waves, Figure 5 shows the circular path of a particle on the sea surface.